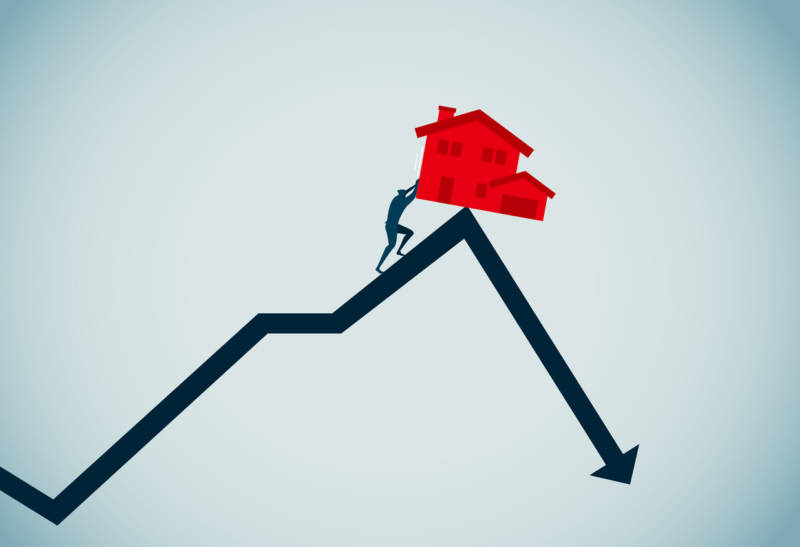 Is the UK housing market going to crash?

If the old adage, what goes up, must come down is true, then the UK housing market seems set for a crash anytime now. Yet, despite some experts warning of a potential crash, things are not quite as clear-cut as they first appear. Indeed, while none of us has a crystal ball that can predict the future with 100% accuracy, it does seem that a property crash is not necessarily an inevitability. In this article, we look at why this may be the case.

What is a housing crash?

It is often the case that housing crashes and bubbles are linked. A housing crash is when the average value of the property falls sharply, something that can leave investors and homeowners with assets that are worth less than they have/are paying for them.

Typically housing crashes are caused by the ‘bubble phenomenon’ where things conspire to cause the value of property to rise in a way that is unrelated to the usual factors, thereby causing vast inflation in the cost of buying a home. However, just because there has been a time of sharp increase in property value it doesn’t necessarily follow that there will be a crash. Indeed, what goes up, does not always come down.

What sort of damage could a housing crash cause?

Many people can suffer because of a housing crash. The first of these are homeowners that have just taken on a new mortgage. This is because they could end up in negative equality, owing more than the property is worth.

Those that own houses and rent them out will also be disadvantaged by a market crash primarily because the overall value of their assets will reduce. This means that if they wish to sell it or borrow against it, they will lose out. The rental income landlords can expect is also likely to fall because there will be fewer people needing to lease a property. This is because in a housing crash it’s easier for first-time buyers to get on the property ladder with a smaller deposit.

The reason why so many homeowners and investors are wary of the possible coming house price crash is that the last one and the damage it did, are still in current memory. Indeed, by 2008 there was a massive housing crash in the UK, a situation that was largely linked to the global financial crash occurring at the same time, and it was not pretty for anyone involved. This is because it led to the prices of property falling up to a huge 15%. This fall was not short-lived either and the damage to home values lasted for around 6 years, seriously impacting those with property assets until 2014 when prices began to match those in 2007.

While the global financial crash of 2007 played a large role in the housing crash of the same period, there were also specific issues within the UK’s property market that led to the situation. The first of these was the subprime mortgage crisis. This is where several mortgage lenders granted mortgages to those that were not in a position to pay them off. This combined with the fact that house prices were already inflated meant that too many people were taking on huge debts that they could not repay, something that began chipping away at the stability of the property market from the inside.

Indeed, it is this pattern in rising house prices, stoked by Covid-19 that is making investors and homeowners nervous now, as they are beginning to worry whether they are due for a burst bubble. However, the good news is that currency experts are suggesting that a housing market crash is not inevitable as it was in 2007. The reasons experts believe this are discussed in the section below.

Why were are not heading for a housing crash

The demand for homes continues to outstrip the supply

The first of these is that there are simply not enough homes built to meet the demands of the market. This is because there are more people looking to buy than sell, something that should help to keep prices buoyant. What this means is while the rise in house prices may slow down somewhat, there is no certainty that they will crash.

Fewer new homes are being built

Another reason that a UK property crash in 2022 seems unlikely is that not only are current homeowners less inclined to sell and move on, but construction companies are also cutting back on the number of homes they are building. This is because the cost of the materials to build homes is high, and when this is combined with higher rates of financing for such work, it becomes uneconomical to build new properties. Again this is a situation that leads to fewer homes being on the market, which means while price rises may slow, the market will remain generally stable because there will always be people looking to buy.

Additionally, the property market is also unlikely to crash, because of the rise in mortgage rates that are currently occurring. Higher mortgage rates mean lower demand for housing because homeowners wish to preserve the more favourable rate they had in place previously, rather than risk moving and having to pay a higher rate in line with the current market. Yet, despite this slowdown, there is no evidence to suggest that higher rates will lead to an all-out crash.

Additionally, at the moment, you can still get a five-year fixed-rate mortgage at approx 2.6% in the United Kingdom, something buyers with a significant deposit would do well to consider.

However, there is no telling how long this will last. With the slowing of the market, many banks and financial institutions are becoming increasingly risk-averse and are less likely to offer loans with long-term fixed rates. So if you’re thinking about getting this type of mortgage, it’s best to act now while you still can.

Next, it is important to remember that those in the financial sector, particularly those offering mortgages learned some very hard lessons in 2007, lessons that they are not likely to forget in a hurry. Indeed, lending huge mortgages, with tiny deposits to those not in a position to comfortably pay them off is not only something that is avoided, but also set down as industry rules. All of this means that a similar crash situation to 2007 is unlikely to happen again.

Not a crash, but the market is slowing

Indeed, the consensus in the industry seems to be that while a UK property crash doesn’t seem likely right now, we can expect that the sharp rise in house prices we have witnessed in the UK over the last few years will slow. Indeed, numerous factors indicate this:

Higher mortgage rates will make things more difficult for those in the property market and are likely to slow the market down from where we find it today.

Average house prices in the UK are still high

While house prices are still comparably high in the UK right now, they are beginning to slow. However, it is worth noting that while they have fallen by around 10% in June, the average price is still at a record high of over £250,000!

As interest rates rise with inflation, this will likely impact house prices as well. Indeed, with higher rates, people will feel the squeeze in all aspects of their lives, something that will make it harder for them to justify buying a new family home, or investment property, and this will also slow down the market.

Final thoughts: Will the housing market crash in 2022?

It’s easy to see why the trend toward sharply rising house prices, combined with a potential recession in the UK has panicked some experts into suggesting we are coming to the end of a bubble, and will ultimately face a housing market crash.

However, while no one can ever be 100% certain, specialists in the field are suggesting that the answer to the question ‘is the housing market going to crash is no. Instead, they posit that a slowing of the housing market is much more likely. What this means is that the bubble of high house prices is unlikely to burst just yet.

Indeed, because of the overall lack of properties on the market, there is an extensive backlog of people looking to find and buy a home, something that means higher prices may continue to be around for some time.

Additionally, there are some areas such as Bath and Bradford-On-Avon that are typically more resilient and inelastic than other parts of the UK, which suggests that the property prices there should remain higher for longer. Although, that doesn’t mean they will be exempt from the effects across the country in the longer term.

In conclusion, then, instead of a full-blown crash, a slowing of the rise in house prices during 2022 can be expected, with perhaps even a very small fall in prices in 2023.

A note on due diligence

Please be aware that no expert, however well-informed, can predict the future. What that means is that you must conduct your own research into the property market before buying or selling. Remember just as with any other type of investment, the value of your property can fall as well as rise. 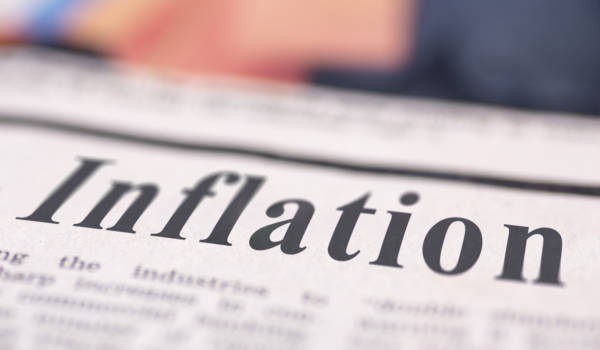 High Inflation and Rising Interest Rates – How Will It Impact Buyers, Sellers, and Property Owners?

Given the current economic climate and the impact of rising interest rates, high inflation, the repercussions of the government’s mini budget which caused such volatility… 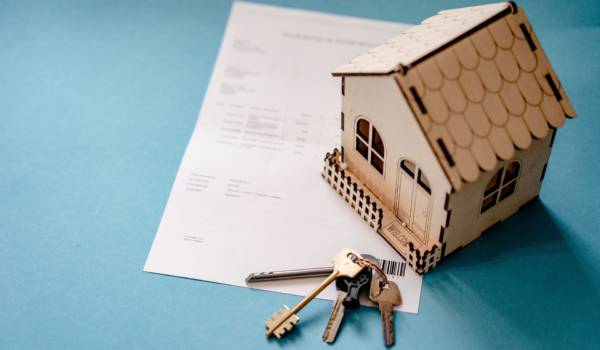 An In-Depth Guide On Mortgages For The Self-Employed

Whether you’re self-employed, a sole trader or one of the many company directors that run a small business, finding the right mortgage can be a… 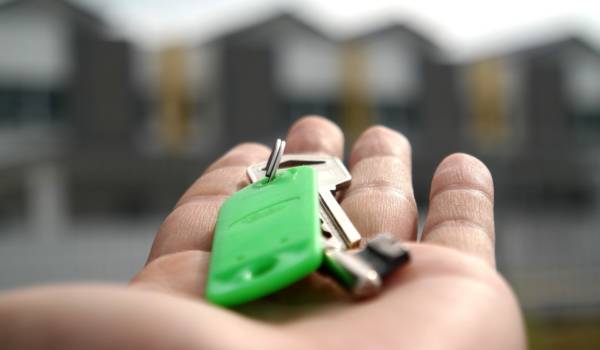 There are many advantages to being a landlord in the UK. For one, you’ll be able to provide quality housing for those who need it….