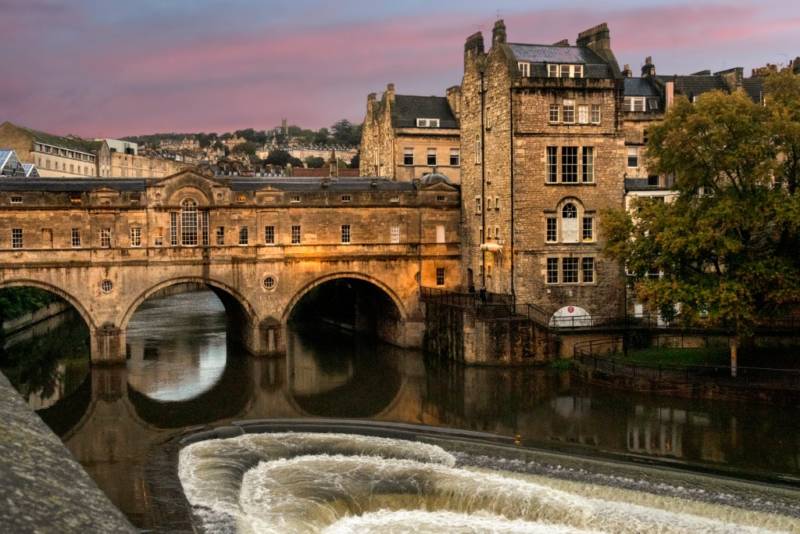 14 Interesting Facts About The City of Bath

Located around twelve miles from the south-east of Bristol and almost 100 miles west of London, Bath is one of the most unique cities in the UK and has been listed as a UNESCO World Heritage Site since 1987.

Along with being listed as one of the best cities to live in England, Bath is home to several historic sites and buildings including Bath Abbey and the famous hot springs, which are the only ones of their kind in the UK.

Bath has a long history as a spa town going back to the Georgian era, which can clearly be seen as some of the oldest buildings in Bath are Georgian architecture.

These include Bath Circus, the Pump Room, Royal Crescent, and Assembly Rooms. Bath is also known for being the 19th-century residence of Jane Austen, one of the most famous female writers worldwide and the author of classics such as Pride and Prejudice.

There’s definitely a lot of interesting facts about Bath, some of which are more well-known than others. Here are some fun facts about this city that you may not have known.

The oldest structures in Bath

One of the oldest building in Bath is the Roman Baths, which are located at the heart of the city. They are the site of the excellently preserved remains of what was one of the greatest religious spas of the ancient world.

Today, the Roman Baths are a highly popular tourist attraction, bringing in millions of visitors each year. They are one of the most visited ancient monuments in the UK, along with nearby Stonehenge.

Today, the Assembly Rooms are still one of the most elegant and popular meeting places in Bath. They have a rich history as one of the city’s finest Georgian buildings.

The Assembly Rooms might not be Bath’s oldest building, but they have certainly topped the list after being purpose-built in 1771 for assemblies, a popular type of entertainment in the 18th century. Guests would gather here for concerts, balls, and other social functions.

The Assembly Rooms have been featured in the film adaptions of several historic novels.

During the Second World War in 1942, some of the oldest buildings in Bath were targeted by the Axis Powers, in an attempt to damage the UK’s morale by destroying some of the most historic sites in Britain.

Air raids known as the Baedeker raids were carried out on several different UK cities, including Bath and several historic and cultural English sites that were highlighted in German travel guides.

Many of the oldest buildings in Bath were damaged during this blitz, including the iconic Assembly Rooms, which were left gutted along with several old houses in the Circus that were completely destroyed. However, the majority of the Roman and Georgian Baths were thankfully able to avoid any major damage.

In 2007, a hoard of over 17,500 Roman coins was found in the foundations of the Gainsborough Bath Spa, another of the oldest buildings in Bath. The coins were from the period from 30BC to 274AD and were stored in eight separate money bags in the foundations.

Today, they are owned by Bath and North East Somerset Council and are on permanent display as the ‘Beau Street hoard’ in an interactive exhibit located at the Roman Baths.

Stonehenge and It’s Relationship to the Circus:

If you’re wondering where the oldest buildings in Bath England are located, you can find many of them at The Circus. Stonehenge is a nearby historic and cultural attraction that is the same diameter as The Circus.

Experts believe that Stonehenge was built around the rising and setting of the sun. The Circus in Bath is believed to represent the sun, while the Royal Crescent represents the moon.

Discovery of a Planet:

In 1781, the planet Uranus was discovered from Bath by William Herschel, who spotted it while looking through a homemade telescope from his home on 19 New King Street.

Today, the former home of William Herschel is not only one of the oldest buildings Bath but is open to the public as a fully-restored, unique example of a Georgian townhouse. It serves as a museum that is dedicated to William and his sister Caroline for their achievements in astronomy and music.

For more details about The Herschel Museum of Astronomy visit the official website.

Today, most people in the UK are very familiar with the postal service. But did you know that the first-ever stamp to be sent in the post was sent from Bath? Four days prior to the official first day of posting in the UK, an item of mail was sent from Bath Post Office with a Penny Black stamp that featured an engraved image of the then-Queen, Victoria, on a black background.

Bath has been home to many famous residents over the years, but one of the most notable is author Jane Austen. Many people are familiar with her classic works such as Pride and Prejudice.

However, there are various lesser-known facts about Austen and her family in Bath, including that her parents were married at St Swithin’s Church in Bath in 1764, and her father was buried there in 1805. The Assembly Rooms are mentioned as the ‘Upper Rooms’ in two of Austen’s novels set in Bath: Persuasion and Northanger Abbey.

Another famous author with connections to Bath is Charles Dickens, who visited the city often.

In 1835, he made his first visit to one of the oldest buildings in Bath, The Saracens Head, which is the oldest pub in the city. Later he made regular visits to Bath to see a friend who lived in St James’s Square and is said to have come up with the idea for the character of Little Nell in The Old Curiosity Shop. Bath’s social life is excellently portrayed as satire by Dickens in The Pickwick Papers.

Bath is a popular setting for period films and dramas and many streets, including the oldest street in Bath, have featured in a number of well-known Hollywood movies including Les Miserables, Fantastic Mr Fox, The Duchess, and Persuasion. The Duchess, which stars Keira Knightley, features several historic sites in Bath including the Royal Crescent and the Assembly Rooms. In Les Miserables, Pulteney Bridge in Bath features as nineteenth-century Paris.

Bath also plays a part in political history, and Eagle House, arguably the oldest house in Bath, was home to Emily Blathwayt and Colonel Linley. Emily and her daughter Mary were pioneers of the Suffragette movement and members of the Women’s Social and Political Union.

Between the years 1909 and 1912, Eagle House was used by the Suffragettes as a sanctuary for the likes of Annie Kenney and Emmeline and Christine Pankhurst. At Eagle House, a tree was planted for each woman active during the movement.

In more recent history, Bath is a key pioneer of the farmer’s market, having hosted the first-ever one in 1987. Today, there is a regular farmer’s market held in Bath on Saturday mornings at Green Park Station, where customers can find fairly-priced, fresh seasonable products.

The products are sold by the people who produce them, and most items are produced no more than forty miles from Bath.

The Invention of Plasticine:

The Victoria Art Gallery in Bath is a Grade II listed building designed in 1897. While it might not be the oldest building in Bath, it is certainly filled with a lot of interesting history from both before, during and after its time.

One key exhibition is a bust sculpture of William Harbutt, the inventor of household name Plasticine, a popular children’s modelling clay. Harbutt taught at the Bath School of Art and Design in 1874 and first came up with the idea for Plasticine as a tool for his sculpture students.

It was invented as an alternative to clay, which could be difficult to work with and often dried too quickly. The winning formula was patented in 1899, and Plasticine was produced in Bathampton on the outskirts of the city until 1983.

Some of the oldest buildings in Bath can be found on the many crescents in the city. While the Royal Crescent is certainly the most famous, there are several crescents in the city that are home to Bath oldest buildings including Lansdown Crescent, Camden Crescent, and Somerset Place, all of which are instrumental in giving Bath its architectural identity.

Camden Crescent is the oldest and was built in 1788 by John Eveleigh, although many of the buildings were rebuilt after suffering landslide damage in 1889.

Along with the stunning architecture, Bath has lots more to offer including a rich history and many connections with famous authors, musicians, scientists, and inventors.

Today, many of the Bath’s oldest buildings have been turned into museums or tourist attractions and are open to the public.

Do you want to know more about Bath? Have a look at our blog, The Knowledge, for more insights about the city. 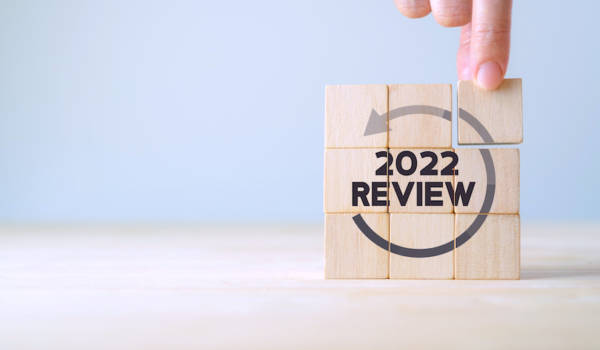 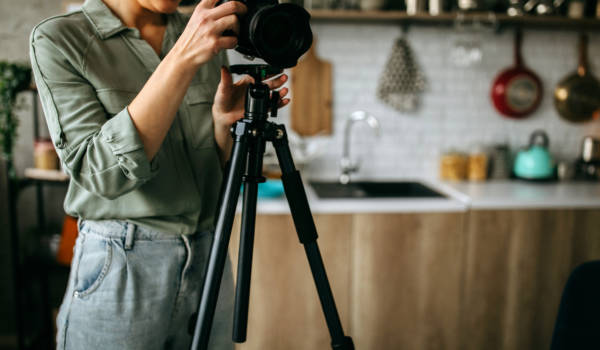 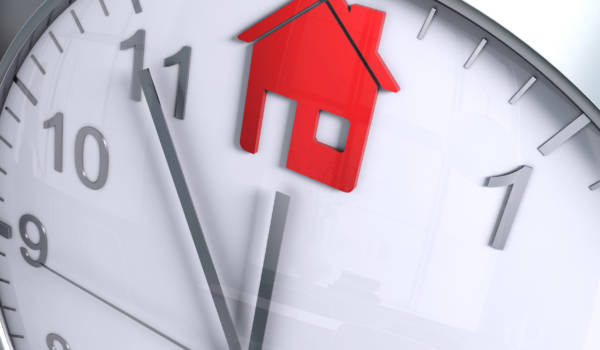